Why Palo Alto is awful - errata

After my first post on this topic I received some thoughtful feedback from a respected friend, and I've been reflecting on it since.

In the past week we've seen a Muslim physician go off the rails and kill 13 people; we've seen Mormons support a gay rights law in Salt Lake City; we've seen a Republican House member of Vietnamese descent support health care legislation because it was the right thing to do for his constituents; we've seen all kinds of people do all kinds of things against type.

In my first post on the ill-mannered and pretty uniformly awful people in Palo Alto, I attributed behaviour to class, and no matter where that's done it's wrong. I was wrong. I started to get at that when I said

Here let me say that, yes, of course, there are exceptions. I have met people from families with great wealth who are level-headed, hard working, polite and thoughtful.

But that's not enough.

In my bedroom is this poster (Copyright Clyde Keller, 1968): 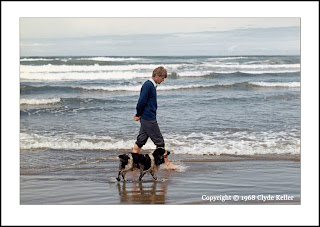 Robert Kennedy is one of my idols, a man who I believe truly understood, on a human level, the toll of poverty on so many in this country and who worked to fight injustice and racism wherever he could. He was a good and thoughtful and decent man. And he came from one of the wealthiest and most influential families in the history of this country.

I firmly believe that many from the wealthy classes in this country are unpatriotic, craven and avaricious beyond comprehension, but my facile conflation of class to behavior does not help hold anyone accountable or do anything, really, except buttress my smug belief that I have better manners and was raised better than the people with whom I'm slated to share an office space and civic life. Great wealth does not make one a boor; boorish behaviour does.

So, Mike, thanks for holding me accountable and being a thoughtful BrensLeftCoast reader. And, implicitly, for thinking I was better than that. Wealth is not related to boorish behavior anymore than praying for rain is to thunderstorms, than physicians are to murderers, than Mormons are to no civil rights for queers, than Vietnamese members of the House are to all progressive legislation (well, wait, there's only one, so...) - and I was wrong to have made the error.

Boors are boors, and if there is some Venn-diagrammatic overlap, it's incidental.

In future, I'll be more thoughtful about my polemicism.