One of "those people"


All right, there are 47 percent who are with (the President), who are dependent upon government, who believe that they are victims, who believe the government has a responsibility to care for them, who believe that they are entitled to health care, to food, to housing, to you-name-it. ... My job is is not to worry about those people. I'll never convince them they should take personal responsibility and care for their lives.
Governor Mitt Romney, GOP Candidate for President of the United States


When you express an attitude that half the country considers itself victims, that somehow they want to be dependent on government, my thinking is, maybe you haven’t gotten around a lot.
President Obama

I have to agree with the President's assessment here. This week I did get around a lot, on the train in Los Angeles.  I saw a lot of people on the Blue Line and Green Line in LA and Long Beach and Compton and Willowbrook, including some LA County communities where likely (based on US Census data) more than "47%" do not pay Federal Income tax and certainly far more than 47% are "with the President" (as evidenced by the mural on Compton City Hall, right, found here).  And I saw a lot of people who sure looked like they were taking great personal responsibility and care for their lives.

Including, from when I boarded at 5:50 AM:
Unlike my usual head-down-headphones-in approach to mass transit, I really observed my fellow passengers yesterday and today. I cannot know what's going on in their lives without asking them, of course, and I didn't conduct rolling interviews during the morning commute.  But the demographics of the neighborhoods we rolled through are knowable. And what I saw were many, many people who struck me as incredibly hard working - people who work harder than I have ever worked my whole life with very brief exceptions. I would posit that they have worked a hell of a lot harder than Mr. Romney over the last twelve years, though that's not provable.  I would argue that they are taking great "personal responsibility and care" for their lives, though that is not provable.

What is provable is that many, many working folks - including, inevitably, some of those around me - pay MORE in taxes than Mr. Romney.

Ezra Klein in the Washington Post does the math.


Among the Americans who paid no federal income taxes in 2011, 61 percent paid payroll taxes — which means they have jobs and, when you account for both sides of the payroll tax, they paid 15.3 percent of their income in taxes, which is higher than the 13.9 percent that Romney paid.

It's outrageous that Mr. Romney riffs off of the odious (but "Christian") Governor Perry (R-TX) who talks of a making class and a taking class when Romney himself is contributing less to the common good through his taxes than someone in that train car with me whom he is vilifying for "not paying Federal Income Tax."

And what's more, if you look at who the "takers" are and how they vote, Mr. Romney will carry the "taker states."  As pointed out by Dylan Matthews in the Washington Post, here, "All told, Obama gets 50 electoral votes from the 'maker' states to Romney’s 9 — 17 are tossups — while Romney gets 96 electoral votes from the 'taker' states to Obama’s 5, with 29 as tossups." 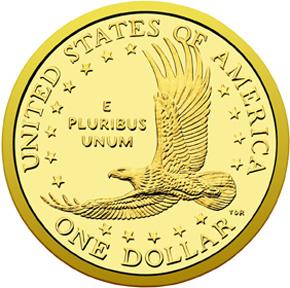 Except Mr. Romney told the same group of millionaires that "my job is not to worry about those people."

Perhaps Mr. Romney would like to read some of what's written on all of that money he's squirreled away in the Caymans - you know, the part where it reads "E Pluribus Unum."

How dare he?  How can he get away with such dismissive, corrosive posturing?  How can he so brazenly lie about who contributes to the wealth in this country?